What are the Effects of Terpenes?

Terpenes have been playing a huge role in the cannabis community because of their pharmacological importance.  Terpenes or terpenoids are a popular holistic remedy that have shown through research in aromatherapy that cannabis' terpenes or flavors have an effect on how the body feels after consumption. There are at least 20,00 different terpenes on the planet, however, over 200 terpenes have been found in cannabis.  A certain amount and mixture of these terpenes are what make up our cannabis “strains” you may have seen or heard about that give the strain a distinctive flavor and effect. The cannabis plant produces aromatic oils to give a fruity, minty, earthy, or citrusy aroma depending on the type of strain.

Myrcene - This is one of the most common terpenes found in the cannabis plant.  Some plants may have over 60% of their terpene profile being myrcene. You may have heard of certain types of plants being “indica” strains as well.  If a plant has more than 0.5% myrcene, it is classified as an indica strain. Myrcene is known to be relaxing with anti-inflammatory effects.

Limonene - This is the 2nd most common terpene in the cannabis plant known for its citrusy smell.  Limonene is a common additive in cosmetics and household cleaning products because of its strong antibacterial and antifungal properties.  This terpene is also known to have effects on the body such as enhancing mood and relieve stress.

Pinene - You can probably guess that pinene has a pine tree pungent scent to it.  Pinene has 2 varieties: alpha and beta. Alpha pinene gives off the intense pine aroma.  Beta pinene has a rosemary or parsley scent. This terpene has strong anti-inflammatory effects and has been used in herbal medicine for a very long time.

Linalool - Most people will be familiar with linalool because it has the same relaxing effects as lavender.  Linalool is also great for relieving anxiety as well as having antidepressant effects on the body.

Caryophyllene - This terpene is known to have a wood and peppery smell to it.  Caryophyllene is found in black pepper and cinnamon. Caryophyllene has shown to be great for relieving depression, inflammation, and anxiety.

In September 2011, Dr. Ethan Russo in the British Journal of Pharmacology conducted research showing that the terpenes in your favorite cannabis strains are very healthy for people.  They are also shown to increase blood flow, enhance cortical activity, and kill respiratory pathogens. It’s important to know that all terpenes don’t have the same effects either.  The effects of certain terpenes include relaxation, lifting in mood, and energy levels. The mix of both cannabinoids and terpenes significantly decrease the feeling of anxiety so patients have been using the medical benefits of having terpenes in their CBD.  Terpenes act as a natural guide to see which strains our endocannabinoid system will like the most and gain medical benefits.  Many studies have shown that you feel more or less of the effects of a certain strain depending on the types and amount of terpenes found it in.  So consuming CBD with a certain strain will most certainly give you the benefits of that specific strain and make you feel a certain way. 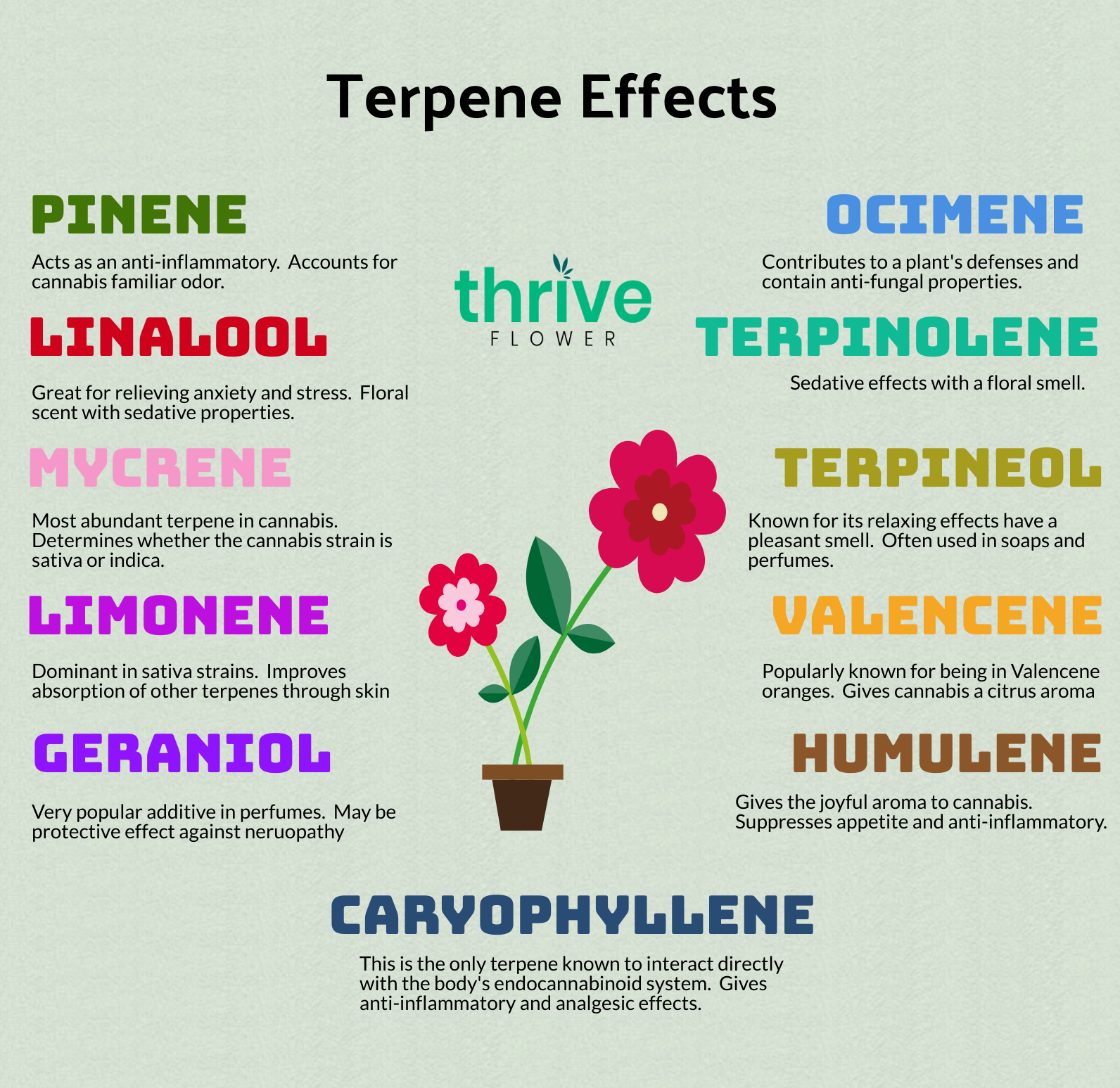 When choosing a strain, take note of the terpene content and how the strain is intended to make you feel. You will get the most out of your CBD when you stick with a strain you know and love.

Read More
Is CBD Legal in All 50 States?
[email protected]
No Comments

Is CBD Legal in All 50 States (2019)?   Interested in trying CBD? It’s common for people to question CBD since it is new and exciting before actually trying it out.  People have different reasons why they should use CBD for their personal wellness, but the one of the most commonly asked questions is “is […]

Does CBD Help With Anxiety?   What is Anxiety?   I’m sure mostly all of us have experienced the feeling of anxiety from time to time.  It’s not uncommon to feel it quite often actually. People may get the feeling without it even being expected as well.  It’s that feeling that has a mix of […]

The statements made regarding these products have not been evaluated by the Food and Drug Administration. These products are not intended to diagnose, treat, cure or prevent any disease.